At the end of 2020, Floris, in collaboration with his education and the Glass Museum Leerdam, was commissioned to design a vase for an exhibition. Luxje created a small vase here. The museum was very enthusiastic about the design, so it was decided to produce the vase in a small edition.

The name Luxje comes from Lux, a unit with which light is measured. To show off the flowers such as daffodils, daisies, poppies, cornflowers, morning star and yellow chamomile, the vase can be tumbled. This movement is derived from the wind that makes the flowers move when they are outside in nature.

For the somewhat smaller flowers such as; buttercups, daisies, blue grapes and violets there is a smaller version.

The vases are made of porcelain, uncolored and unglazed so that they retain the beautiful natural color and appearance of clay. 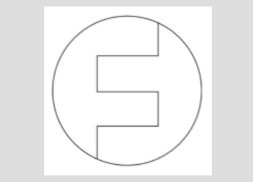